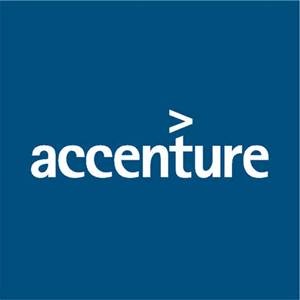 Directions for Questions 11-16:Read the passage and answer the questions that follow on the basis of the information provided in the passage.

The pioneers of the teaching of science imagined that its introduction into education would remove the conventionality, artificiality, and .backward-lookingness which were characteristic;of classical studies, but they were gravely disappointed. So, too, in their time had the humanists thought that the study of the classical authors in the original would banish at once the dull pedantry and superstition of mediaeval scholasticism. The professional schoolmaster was a match for both of them, and has almost managed to make the understanding of chemical reactions as dull and as dogmatic an affair as the reading of Virgil’s Aeneid. The chief claim for the use of science in education is that it teaches a child something about the actual universe in which he is living, in making him acquainted with the results of scientific discovery, and at the same time teaches him how to think logically and inductively by studying scientific method. A certain limited success has been reached in the first of these aims, but practically none at all in the second. Those privileged members of the community who have been through a secondary or public school education may be expected to know something about the elementary physics and chemistry of a hundred years ago, but they probably know hardly more than any bright boy can pick up from an interest in wireless or scientific hobbies out of school hours. As to the learning of scientific method, the whole thing is palpably a farce. Actually, for the convenience of teachers and the requirements of the examination system, it is necessary that the pupils not only do not learn scientific method but learn precisely the reverse, that is, to believe exactly what they are told and to reproduce it when asked, whether it seems nonsense to them or not. The way in which educated people respond to such quackeries as spiritualism or astrology, not to say more dangerous ones such as racial theories or currency myths,shows that fifty years of education in the method of science in Britain or Germany has produced no visible effect whatever. The only way of learning the method of science is the long and bitter way of personal experience, and, until the educational or social systems are altered to make this possible, the best we can expect is the production of a minority of people who are able to acquire some of the techniques of science and a still smaller minority who are able to use and develop them.

11. The author implies that the ‘professional schoolmaster’ has
A. no interest in teaching science
B. thwarted attempts to enliven education
C. aided true learning
D. supported the humanists
E. been a pioneer in both science and humanities.

12. The author’s attitude to secondary and public school education in the sciences is
A. ambivalent
B. neutra
C. supportive
D. satirical
E. contemptuous

14. The author blames all of the following for the failure to impart scientific method through the education system except
A. poor teaching
B. examination methods
C. lack of direct experience
D. the social and education systems
E. lack of interest on the part of students

15. If the author were to study current education in science to see how things have changed since he wrote the piece, he would probably be most interested in the answer to which of the following questions?
A. Do students know more about the world about them?
B. Do students spend more time in laboratories?
C. Can students apply their knowledge logically?
D. Have textbooks improved?
E. Do they respect their teachers

16. Astrology (line 31) is mentioned as an example of
A. a science that needs to be better understood
B. a belief which no educated people hold
C. something unsupportable to those who have absorbed the methods of science
D. the gravest danger to society
E. an acknowledged failure of science

Directions for Questions 17-20: Read the passage and answer the questions that follow on the basis of the information provided in the passage.

Furthermore, insofar as any conclusion about its author can be drawn from five or six plays attributed to him, the Wakefield Master is without exception considered to be a man of sharp contemporary observation. He was, probably clerically educated, as indicated by his Latin and music, his Biblical and patristic lore. Even today he is remembered for his his quick sympathy for the oppressed and forgotten man, his sharp eye for character, a ready ear for colloquial, vernacular turns of speech and a humor alternately rude and boisterous, coarse and happy. Therefore in spite of his conscious artistry as can be seen in his feeling for intricate metrical and stanza forms, he is regarded as a kind of medieval Steinbeck, indignantly angry at, uncompromisingly and even brutally realistic in presenting the plight of the agricultural poor.It is now fairly accepted to regard the play as a kind of ultimate point in the secularization of the medieval drama. Therefore more stress has been laid on it as depicting realistically humble manners and pastoral life in the bleak of the west riding of Yorkshire on a typically cold night of December 24th. After what are often regarded as almost “documentaries” given in the three successive monologues of the three shepherds, critics go on to affirm that the realism is then intensified into a burlesque mock-treatment of the Nativity. Finally as a sort of epilogue or after-thought in deference to the Biblical origins of the materials, the play slides back into an atavistic mood of early innocent reverence. In actuality, the final scene is the culminating scene and also the raison d’etre of the introductory “realism.”Superficially the present play supports the conventional view of its mood of secular realism. At the same time, the “realism” of the Wakefield Master is of a paradoxical turn. His wide knowledge of people, as well as books indicates no cloistered contemplative but one in close relation to his times. Still, that life was after all a predominantly religious one, a time which never neglected the belief that man was a rebellious and sinful creature in need of redemption . So deeply (one can hardly say “naively” of so sophisticated a writer) and implicitly religious is the Master that he is less able (or less willing) to present actual history realistically than is the author of the Brome Abraham and Isaac. His historical sense is even less realistic than that of Chaucer who just a few years before had done for his own time “costume romances,” such as The Knight’s Tele, Troilus and Cressida, etc. Furthermore, used highly romantic materials, which could excuse his taking liberties with history.

17. Of the following statements, which is not true of Wakefield Master?
A. He and Chaucer were contemporaries.
B. Wakefield Master is remembered as having written five or six realistic plays.
C. His plays realistically portray the plight of the country folk of his day
D. His writing was similar to that of John Steinbeck.
E. He was an accomplished artist.

18. The word ‘patristic’ in the first paragraph is used to mean:
A. patriotic
B. superstitious
C. folk
D. relating to the Christian Fathers
E. realistic

19. The statement about the “secularization of the medieval drama” (opening sentence of the second paragraph) refers to the
A. Introduction of religious themes in the early days
B. Presentation of erudite material
C. Use of contemporary materials
D. Return to early innocent reverence at the end of the play
E. Introduction of mundane matters in religious plays

20. From the following what would the writer be expected to do in the subsequent paragraphs:
A. Make a justification for his comparison with Steinbeck
B. Put forth a view point, which would take up the thought of the second paragraph
C. Point out the anachronisms in the play
D. Discuss the works of Chaucer
E. Talk about the lack of realism in the works of the Wakefield Master.