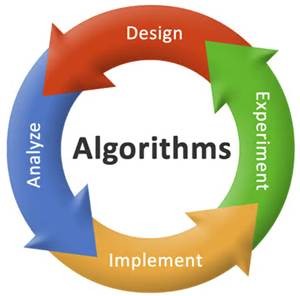 23. Which are the advantages provided by insertion sort?

Insertion sort provides several advantages:
a) simple implementation
b) efficient for small data sets
c) adaptive – efficient for data sets that are already substantially sorted: the time complexity is O(n + d), where d is the number of inversions
d) more efficient in practice than most other simple quadratic, i.e. O(n2) algorithms such as selection sort or bubble sort; the best case (nearly sorted input) is O(n)
e) stable – does not change the relative order of elements with equal keys
f) in-place – only requires a constant amount O( 1) of additional memory space
g) online – can sort a list as it receives it

25. What is the difference between selection and insertion sorting?

27. Which are the main steps of a merge sorting algorithm?

Sorting by merging is a recursive, divide-and-conquer strategy. The basic steps to perform are the following:
a) divide the sequence into two sequences of length
b) recursively sort each of the two subsequences
c) merge the sorted subsequences to obtain the final result

29. What is the linear search algorithm?

Linear search is a method for finding a particular value in a list which consists of checking every one of its elements, one at a time and in sequence, until the desired one is found. It is the simplest search algorithm, a special case of brute-force search. Its worst case cost is proportional to the number of elements in the list; and so is its expected cost, if all list elements are equally likely to be searched for. Therefore, if the list has more than a few elements, other methods (such as binary search or hashing) may be much more efficient.

30. What is best-first search algorithm?

It is a search algorithm that considers the estimated best partial solution next. This is typically implemented with priority queues.