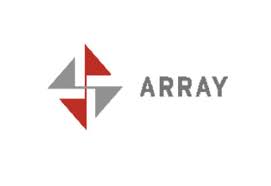 5. Can you assign a different address to an array tag?

No, although in one common special case, it looks as if you can. An array tag is not something you can put on the left side of an assignment operator. (It’s not an “lvalue,” let alone a “modifiable lvalue.”) An array is an object; the array tag is a pointer to the first element in that object.

In one special case, it looks as if you can change an array tag:

You can write this function so that the array tag can’t be modified. Oddly enough, you need to use pointer syntax:

An array is a type. It has a base type (what it’s an array of ), a size (unless it’s an “incomplete” array), and a value (the value of the whole array). You can get a pointer to this value:

After running that code fragment, you might find that p and pa would be printed as the same value; they both point to the same address.

The wrong answer is

which is the same as this:

This code reads, “ap is an array of MAX pointers to characters.”