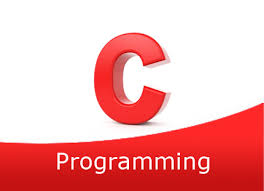 printf(“Test variable within the if statement: %d\n”,

any function or keyword) */

Test variable before the if statement: 10

Test variable within the if statement: 5

Test variable after the if statement: 10

2. Should variables be stored in local blocks?

The use of local blocks for storing variables is unusual and therefore should be avoided, with only rare exceptions. One of these exceptions would be for debugging purposes, when you might want to declare a local instance of a global variable to test within your function. You also might want to use a local block when you want to make your program more readable in the current context.

Sometimes having the variable declared closer to where it is used makes your program more readable. However, well-written programs usually do not have to resort to declaring variables in this manner, and you should avoid using local blocks.

3. When is a switch statement better than multiple if statements?

A switch statement is generally best to use when you have more than two conditional expressions based on a single variable of numeric type. For instance, rather than the code

the following code is easier to read and maintain:

printf(“I haven’t a clue as to what your name means.\n”);

4. Is a default case necessary in a switch statement?

Consider, however, what would happen if an unknown character code were passed to this switch statement. The program would not print anything. It would be a good idea, therefore, to insert a default case where this condition would be taken care of:

Additionally, default cases come in handy for logic checking. For instance, if your switch statement handled a fixed number of conditions and you considered any value outside those conditions to be a logic error, you could insert a default case which would flag that condition. Consider the following example: