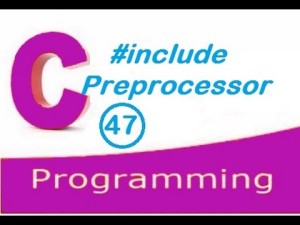 9. Is it better to use a macro or a function?

The answer depends on the situation you are writing code for. Macros have the distinct advantage of being more efficient (and faster) than functions, because their corresponding code is inserted directly into your source code at the point where the macro is called. There is no overhead involved in using a macro like there is in placing a call to a function. However, macros are generally small and cannot handle large, complex coding constructs. A function is more suited for this type of situation.
Additionally, macros are expanded inline, which means that the code is replicated for each occurrence of a macro. Your code therefore could be somewhat larger when you use macros than if you were to use functions.

10. What is the best way to comment out a section of code that contains comments?

Most C compilers offer two ways of putting comments in your program. The first method is to use the /* and */ symbols to denote the beginning and end of a comment. Everything from the /* symbol to the */ symbol is considered a comment and is omitted from the compiled version of the program. This method is best for commenting out sections of code that contain many comments. For instance, you can comment out a paragraph containing comments like this:

This portion of the program contains

and is not included in the compiled

version of the program.

The other way to put comments in your program is to use the // symbol. Everything from the // symbol to the end of the current line is omitted from the compiled version of the program. This method is best for one-line comments, because the // symbol must be replicated for each line that you want to add a comment to. The preceding example, which contains four lines of comments, would not be a good candidate for this method of commenting, as demonstrated here:

// This portion of the program contains

// and is not included in the compiled

// version of the program.

11. What is the difference between #include and #include “file” ?

When writing your C program, you can include files in two ways. The first way is to surround the file you want to include with the angled brackets < and >. This method of inclusion tells the preprocessor to look for the file in the predefined default location. This predefined default location is often an INCLUDE environment variable that denotes the path to your include files. For instance, given the INCLUDE variable

The #include <file> method of file inclusion is often used to include standard headers such as stdio.h orstdlib.h. This is because these headers are rarely (if ever) modified, and they should always be read from your compiler’s standard include file directory.

The #include “file” method of file inclusion is often used to include nonstandard header files that you have created for use in your program. This is because these headers are often modified in the current directory, and you will want the preprocessor to use your newly modified version of the header rather than the older, unmodified version.

12. Can you define which header file to include at compile time?

Yes. This can be done by using the #if, #else, and #endif preprocessor directives. For example, certain compilers use different names for header files. One such case is between Borland C++, which uses the header file alloc.h, and Microsoft C++, which uses the header file malloc.h. Both of these headers serve the same purpose, and each contains roughly the same definitions. If, however, you are writing a program that is to support Borland C++ and Microsoft C++, you must define which header to include at compile time. The following example shows how this can be done: