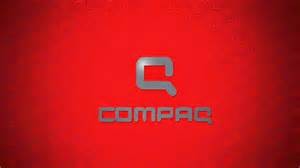 34. Does Java provide any constructor to find out the size of an object?
There is no sizeof operator in java. It is not possible to determine the size of the object directly in java.

35. What is the Map interface?
Map is an object which helps to map the keys to values. It is not possible to have duplicate keys. It is essential that each key should map to a one value.
Three Map implementations are
Hashmap
LinkedHashmap
Treemap

36. What is collection Views?
Collection view is a metho that is used  to view map as a collection. This can be done in three ways:-
Values
Keyset
Entryset

37. What is multimaps?
Multimap is also like map which map key to multiple values. But there is no separate interface for multimap in Java since it is used quiet often. It’s much more simple to use map whose values to list instance as a multimap.

38. What is the SimpleTimeZone class?
It is a subclass of Time zone which represent time zone that could be used with Gregorian calendar. It doesn’t handle any changes.
public class SimpleTimeZone
extends TimeZone