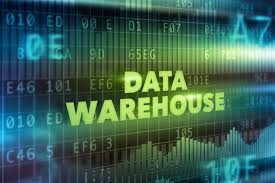 31. What is called data cleaning?

Name itself implies that it is a self explanatory term. Cleaning of Orphan records, Data breaching business rules, Inconsistent data and missing information in a database.

Metadata is defined as data about the data. The metadata contains information like number of columns used, fix width and limited width, ordering of fields and data types of the fields.

33. What are loops in Datawarehousing?

35. What is the definition of Cube in Dataware housing?
Cubes are logical representation of multidimensional data. The edge of the cube has the dimension members,and the body of the cube contains the data values.

Fact table has facts and measurements of the business and dimension table contains the context of measurements.

37. What are the types of Dimensional Modeling?

There are three types of Dimensional Modeling and they are as follows:

Surrogate key is nothing but a substitute for the natural primary key. It is set to be a unique identifier for each row that can be used for the primary key to a table.