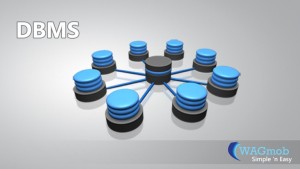 61. What do you mean by flat file database?
It is a database in which there are no programs or user access languages. It has no cross-file capabilities but is user-friendly and provides user-interface management.

62. What is “transparent DBMS”?
It is one, which keeps its Physical Structure hidden from user.
63. What is a query?
A query with respect to DBMS relates to user commands that are used to interact with a data base. The query language can be classified into data definition language and data manipulation language.

64. What do you mean by Correlated subquery?

65. What are the primitive operations common to all record management systems?
Addition, deletion and modification.

66. Name the buffer in which all the commands that are typed in are stored?
‘Edit’ Buffer.

67. What are the unary operations in Relational Algebra?
PROJECTION and SELECTION.

69. What is RDBMS KERNEL?
Two important pieces of RDBMS architecture are the kernel, which is the software, and the data dictionary, which consists of the system-level data structures used by the kernel to manage the database You might think of an RDBMS as an operating system (or set of subsystems), designed specifically for controlling data access; its primary functions are storing, retrieving, and securing data. An RDBMS maintains its own list of authorized users and their associated privileges; manages memory caches and paging; controls locking for concurrent resource usage; dispatches and schedules user requests; and manages space usage within its table-space structures.