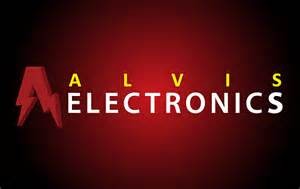 Feedback is a process whereby some proportion of the output signal of a system is passed (fed back) to the input. This is often used to control the dynamic behaviour of the system.

33. What is Barkhausen criteria?

Code division multiple access (CDMA) is a channel access method utilized by various radio communication technologies. CDMA employs spread-spectrum technology and a special coding scheme (where each transmitter is assigned a code) to allow multiple users to be multiplexed over the same physical channel. By contrast, time division multiple access (TDMA) divides access by time, while frequency-division multiple access (FDMA) divides it by frequency.
An analogy to the problem of multiple access is a room (channel) in which people wish to communicate with each other. To avoid confusion, people could take turns speaking (time division), speak at different pitches (frequency division), or speak in different directions (spatial division). In CDMA, they would speak different languages. People speaking the same language can understand each other, but not other people. Similarly, in radio CDMA, each group of users is given a shared code. Many codes occupy the same channel, but only users associated with a particular code can understand each other.

36. What are the main divisions of power system?

37. What is Instrumentation Amplifier (IA) and what are all the advantages?

An instrumentation amplifier is a differential op-amp circuit providing high input impedances with ease of gain adjustment by varying a single resistor.

38. What is meant by impedance diagram.

The equivalent circuit of all the components of the power system are drawn and they are interconnected is called impedance diagram.

40. What is the need for base values?