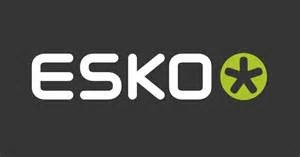 21. What is Memory alignment?
The term alignment primarily means the tendency of an address pointer value to be a multiple of some power of two. So a pointer with two byte alignment has a zero in the least significant bit. And a pointer with four byte alignment has a zero in both the two least significant bits. And so on. More alignment means a longer sequence of zero bits in the lowest bits of a pointer.
22. What problem does the namespace feature solve?
Multiple providers of libraries might use common global identifiers causing a name collision when an application tries to link with two or more such libraries. The namespace feature surrounds a library’s external declarations with a unique namespace that eliminates the potential for those collisions.
namespace [identifier] { namespace-body }
A namespace declaration identifies and assigns a name to a declarative region.
The identifier in a namespace declaration must be unique in the declarative region in which it is used. The identifier is the name of the namespace and is used to reference its members.

23. What is the use of ‘using’ declaration?
A using declaration makes it possible to use a name from a namespace without the scope operator.

24. What is an Iterator class?
A class that is used to traverse through the objects maintained by a container class. There are five categories of iterators: input iterators, output iterators, forward iterators, bidirectional iterators, random access. An iterator is an entity that gives access to the contents of a container object without violating encapsulation constraints. Access to the contents is granted on a one-at-a-time basis in order. The order can be storage order (as in lists and queues) or some arbitrary order (as in array indices) or according to some ordering relation (as in an ordered binary tree). The iterator is a construct, which provides an interface that, when called, yields either the next element in the container, or some value denoting the fact that there are no more elements to examine. Iterators hide the details of access to and update of the elements of a container class. Something like a pointer.

25. What is a dangling pointer?
A dangling pointer arises when you use the address of an object after its lifetime is over. This may occur in situations like returning addresses of the automatic variables from a function or using the address of the memory block after it is freed.
What do you mean by Stack unwinding?
It is a process during exception handling when the destructor is called for all local objects in the stack between the place where the exception was thrown and where it is caught.
Name the operators that cannot be overloaded??
sizeof, ., .*, .->, ::, ?:

27. What is overloading?
With the C++ language, you can overload functions and operators. Overloading is the practice of supplying more than one definition for a given function name in the same scope.
– Any two functions in a set of overloaded functions must have different argument lists.
– Overloading functions with argument lists of the same types, based on return type alone, is an error.

28. What is Overriding?
To override a method, a subclass of the class that originally declared the method must declare a method with the same name, return type (or a subclass of that return type), and same parameter list.
The definition of the method overriding is:
· Must have same method name.
· Must have same data type.
· Must have same argument list.
Overriding a method means that replacing a method functionality in child class. To imply overriding functionality we need parent and child classes. In the child class you define the same method signature as one defined in the parent class.

30.What is name mangling in C++?
The process of encoding the parameter types with the function/method name into a unique name is called name mangling. The inverse process is called demangling.
For example Foo::bar(int, long) const is mangled as `bar__C3Fooil’.
For a constructor, the method name is left out. That is Foo::Foo(int, long) const is mangled as `__C3Fooil’.
What is the difference between a pointer and a reference?
A reference must always refer to some object and, therefore, must always be initialized; pointers do not have such restrictions. A pointer can be reassigned to point to different objects while a reference always refers to an object with which it was initialized.