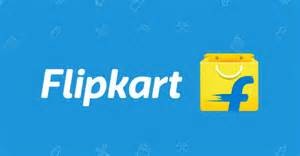 1. The sum of 7 consecutive numbers is 1617 then the number of prime numbers in it.

6. A machine having 64MB memory runs a executable which is 300MB on disk. This is achieved by:
A) Use of FAR pointers
B) Page swapping.
C) Save some variables on another machine on network.
D) Cannot be run on the machine.

7. Which of the following is true about thread and process startup speed:
A) The startup of a thread is faster than a process.
B.) The process startup is faster as it is directly controlled by the OS.
C) They will be equal.
D) Depends on OS that is used. Faster on Windows98 slower on NT.

9. Memory leak in software is due to
A) Heavy recursion used in logic.
B) Using structures of large size
C) Improper use of the CPU registers.
D) Improper release of allocated memory .

10. Which of these items is not a form of IPC:
A) Shared Memory
B) Pipes.
C) Message queues.
D) Semaphores