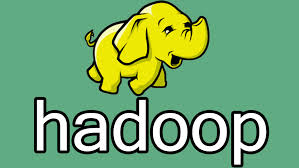 11.What is Fault Tolerance?
Suppose you have a file stored in a system, and due to some technical problem that file gets destroyed. Then there is no chance of getting the data back present in that file. To avoid such situations, Hadoop has introduced the feature of fault tolerance in HDFS. In Hadoop, when we store a file, it automatically gets replicated at two other locations also. So even if one or two of the systems collapse, the file is still available on the third system.

12.Replication causes data redundancy, then why is it pursued in HDFS?
HDFS works with commodity hardware (systems with average configurations) that has high chances of getting crashed any time. Thus, to make the entire system highly fault-tolerant, HDFS replicates and stores data in different places. Any data on HDFS gets stored at least 3 different locations. So, even if one of them is corrupted and the other is unavailable for some time for any reason, then data can be accessed from the third one. Hence, there is no chance of losing the data. This replication factor helps us to attain the feature of Hadoop called Fault Tolerant.

13.Since the data is replicated thrice in HDFS, does it mean that any calculation done on one node will also be replicated on the other two?
No, calculations will be done only on the original data. The master node will know which node exactly has that particular data. In case, if one of the nodes is not responding, it is assumed to be failed. Only then, the required calculation will be done on the second replica.

14.What is a Namenode?
Namenode is the master node on which job tracker runs and consists of the metadata. It maintains and manages the blocks which are present on the datanodes. It is a high-availability machine and single point of failure in HDFS.

16.What is a Datanode?
Datanodes are the slaves which are deployed on each machine and provide the actual storage. These are responsible for serving read and write requests for the clients.

17.Why do we use HDFS for applications having large data sets and not when there are lot of small files?
HDFS is more suitable for large amount of data sets in a single file as compared to small amount of data spread across multiple files. This is because Namenode is a very expensive high performance system, so it is not prudent to occupy the space in the Namenode by unnecessary amount of metadata that is generated for multiple small files. So, when there is a large amount of data in a single file, name node will occupy less space. Hence for getting optimized performance, HDFS supports large data sets instead of multiple small files.

18.What is a job tracker?
Job tracker is a daemon that runs on a namenode for submitting and tracking MapReduce jobs in Hadoop. It assigns the tasks to the different task tracker. In a Hadoop cluster, there will be only one job tracker but many task trackers. It is the single point of failure for Hadoop and MapReduce Service. If the job tracker goes down all the running jobs are halted. It receives heartbeat from task tracker based on which Job tracker decides whether the assigned task is completed or not.