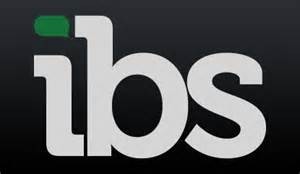 1.What is an object?

Object is a software bundle of variables and related methods. Objects have state and behavior.
2.What do you mean by inheritance?

Inheritance is the process of creating new classes, called derived classes, from existing classes or base classes. The derived class inherits all the capabilities of the base class, but can add embellishments and refinements of its own.

3.What is Boyce Codd Normal form?

4.What is virtual class and friend class?

Friend classes are used when two or more classes are designed to work together and need access to each other’s implementation in ways that the rest of the world shouldn’t be allowed to have. In other words, they help keep private things private. For instance, it may be desirable for class DatabaseCursor to have more privilege to the internals of class Database than main() has.

6.What is the difference between realloc() and free()?

Operator overloading allows existing C++ operators to be redefined so that they work on objects of user-defined classes. Overloaded operators are syntactic sugar for equivalent function calls. They form a pleasant facade that doesn’t add anything fundamental to the language (but they can improve understandability and reduce maintenance costs).

8.What is the difference between declaration and definition?

9.What are the advantages of inheritance?

10.How do you write a function that can reverse a linked-list?