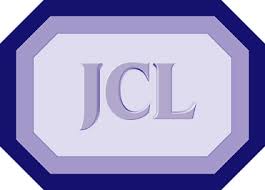 1.There is a concatenated input DD name with 3 datasets. How to override only one dataset in those 3 datasets?
Specify DD DUMMY in the overriding JCL for the ones, which are not overridden.

4.A JCL has 4 steps and job abends. How to restart the job and run only step 2?
Specify RESTART = STEP2 in JOB statement. And include IF-THEN-ELSE construct as below−

6.How can the same PROC be re-used and called by many JOBs?
The varying portion of the JCL can be specified using symbolic parameters in the JOB and the static parts can be specified in the PROC. For example, if the file name changes for every JOB that uses the PROC, then the varying portion of the file name can be coded in JCL using symbolic parameter.

7.How do you create a dataset in a JCL with the same file organisation as that of another existing dataset?
Use IEBGENER and pass existing file in SYSUT1. Pass new file in SYSUT2 and mention DCB=*.SYSUT1 to get the same DCB as that of SYSUT1 dataset.

8.How do you access an uncataloged dataset in a JCL?
By using the UNIT and VOL serial parameters in the dataset DD statement.

10.A JCL has 2 steps. How to code the JCL such that if step1 abends, then step2 runs. Else, job terminates with step1?
Code COND = ONLY in STEP2.