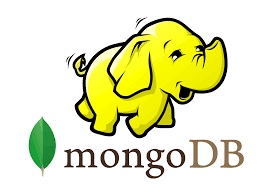 1.What are NoSQL databases? What are the different types of NoSQL databases?
A NoSQL database provides a mechanism for storage and retrieval of data that is modeled in means other than the tabular relations used in relational databases (like SQL, Oracle, etc.).

2.What kind of NoSQL database MongoDB is?
MongoDB is a document oriented database. It stores data in the form of BSON structure based documents. These documents are stored in a collection.

3.Which are the most important features of MongoDB?
Flexible data model in form of documents
Agile and highly scalable database
Faster than traditional databases
Expressive query language

5.Which all languages can be used with MongoDB?
Currently, MonggoDB provides official driver support for C, C++, C#, Java, Node.js, Perl, PHP, Python, Ruby, Scala, Go and Erlang. MongoDB can easily be used with any of these languages. There are some other community supported drivers too but the above mentioned ones are officially provided by MongoDB.

6.Compare SQL databases and MongoDB at a high level.
SQL databases store data in form of tables, rows, columns and records. This data is stored in a pre-defined data model which is not very much flexible for today’s real-world highly growing applications. MongoDB in contrast uses a flexible structure which can be easily modified and extended.

7.How is MongoDB better than other SQL databases?
MongoDB allows a highly flexible and scalable document structure. For e.g. one data document in MongoDB can have five columns and the other one in the same collection can have ten columns. Also, MongoDB database are faster as compared to SQL databases due to efficient indexing and storage techniques.

8.Compare MongoDB and CouchDB at high level.
Although both of these databases are document oriented, MongoDB is a better choice for applications which need dynamic queries and good performance on a very big database. On the other side, CouchDB is better used for applications with occasionally changing queries and pre-defined queries.

9.Does MongoDB support foreign key constraints?
No. MongoDB does not support such relationships.