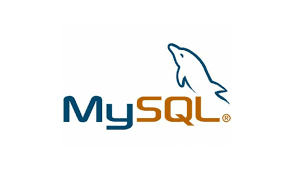 41. How MySQL Optimizes DISTINCT?
DISTINCT is converted to a GROUP BY on all columns and it will be combined with ORDER BY clause.

A HEX number string will be automatically converted into a character string, if the expression context is a string.

In MySql, top 50 rows are displayed by using this following query:

45. What is the different between NOW() and CURRENT_DATE()?
NOW () command is used to show current year,month,date with hours,minutes and seconds.

49. What are all the Common SQL Function?
CONCAT(A, B) – Concatenates two string values to create a single string output. Often used to combine two or more fields into one single field.

NOW() – Returns the current date and time as one value.

HOUR(), MINUTE(), SECOND() – Extracts the given data from a time value.

DATEDIFF(A, B) – Determines the difference between two dates and it is commonly used to calculate age

SUBTIMES(A, B) – Determines the difference between two times.

FROMDAYS(INT) – Converts an integer number of days into a date value.

MySQL keeps the ACLs (also called grant tables) cached in memory. When a user tries to authenticate or run a command, MySQL checks the authentication information and permissions against the ACLs, in a predetermined order.