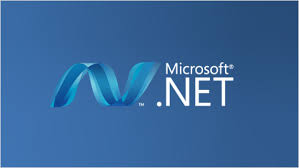 NET is an integral part of many applications running on Windows and provides common functionality for those applications to run. This download is for people who need .NET to run an application on their computer. For developers, the .NET Framework provides a comprehensive and consistent programming model for building applications that have visually stunning user experiences and seamless and secure communication.

2.How many languages .NET is supporting now?

When .NET was introduced it came with several languages.
VB.NET,
C#,
COBOL
and
Perl, etc.

Code access security (CAS) is part of the .NET security model that prevents unauthorized access of resources and operations, and restricts the code to perform particular tasks.

5. What is Difference between NameSpace and Assembly?

7. What is Microsoft Intermediate Language (MSIL)?

8. What is managed extensibility framework?

Managed extensibility framework (MEF) is a new library that is introduced as a part of .NET 4.0 and Silverlight 4. It helps in extending your application by providing greater reuse of applications and components. MEF provides a way for host application to consume external extensions without any configuration requirement.

9. Which method do you use to enforce garbage collection in .NET?

10. What is the difference between int and int32.

There is no difference between int and int32. System.Int32 is a .NET Class and int is an alias name for System.Int32.