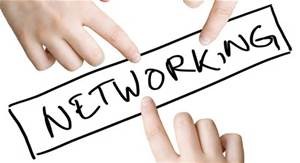 2. What is Protocol?
A protocol is a set of rules that govern all aspects of information communication.

At the lowest level, a network can consist of two or more computers directly connected by some physical medium such as coaxial cable or optical fiber. Such a physical medium is called as Link.

5. What is a gateway or Router?
A node that is connected to two or more networks is commonly called as router or Gateway. It generally forwards message from one network to another.

6.  Name the factors that affect the performance of the network?
a.Number of Users
b. Type of transmission medium
c. Hardware
d. Software

7. What is Round Trip Time?
The duration of time it takes to send a message from one end of a network to the other and back, is called RTT.

10. Which layers are user support layers?
a. Session Layer
b. Presentation Layer and
c. Application Layer