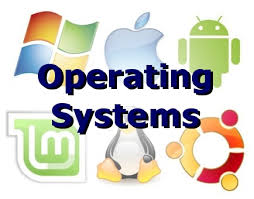 11. What is context switching?

Transferring the control from one process to other process requires saving the state of the old process and loading the saved state for new process. This task is known as context switching.
12. What is a thread?

A thread is a program line under execution. Thread sometimes called a light-weight process, is a basic unit of CPU utilization; it comprises a thread id, a program counter, a register set, and a stack

13. What is process synchronization?

A situation, where several processes access and manipulate the same data concurrently and the outcome of the execution depends on the particular order in which the access takes place, is called race condition. To guard against the race condition we need to ensure that only one process at a time can be manipulating the same data. The technique we use for this is called process synchronization.

14. What is virtual memory?

Virtual memory is hardware technique where the system appears to have more memory that it actually does. This is done by time-sharing, the physical memory and storage parts of the memory one disk when they are not actively being used.

It is a phenomenon in virtual memory schemes when the processor spends most of its time swapping pages, rather than executing instructions. This is due to an inordinate number of page faults.

17. What are necessary conditions for dead lock?

1. Mutual exclusion (where at least one resource is non-sharable)

2. Hold and wait (where a process holds one resource and waits for other resource)

3. No preemption (where the resources cant be preempted)

Cache memory is random access memory (RAM) that a computer microprocessor can access more quickly than it can access regular RAM. As the microprocessor processes data, it looks first in the cache memory and if it finds the data there (from a previous reading of data), it does not have to do the more time-consuming reading of data from larger memory.

19. What is logical and physical addresses space?

20. Differentiate between Complier and Interpreter?

An interpreter reads one instruction at a time and carries out the actions implied by that instruction. It does not perform any translation. But a compiler translates the entire instructions