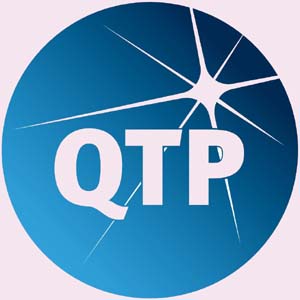 1.In which all environments QTP comfortably works?
Based on the technologies, add-ins, and platforms, QTP chooses the environment to work on.

QTP can work on the given below environments −

3.What is logical name of the object?
In QTP, logical name is a name that uniquely identify object with respect of other objects of the application while creating an object in the repository. QTP uses this object name to map the object presented in script with its corresponding description in the object repository by using this code−

4.What is descriptive programming?
Usually, QTP performs action on object and its properties that have been saved in the object repository.

Also use the property “micClass”, for example,

7.What is the use of keyword CreateObject, explain it with example?
The keyword “CreateObject” creates and returns a reference to the test object.

servername − A required argument for the code, used to present the name of the application that provides objecst.

typename − A required argument for the code, used to present the type or class of the object to create.

location − An optional argument for the code, used to present the name of the network server where the object is to be created.
For example − Set IE = CreateObject(“Chrome.Application”)

9.What is the purpose of action split in QTP?
In QTP, action split can be used to divide an important and existing action into two parts. Action can be divided into parts according to its functionality, so that; the code can be improved and reused for different purpose.

10.How to manage Java tree in QTP?
First, open QTP by selecting Java add-in, then perform the recording operation on the Java tree. If, you are not getting proper recording environment, then in the opened QTP tool, go to Tools Object Identification Java. In the tree objects make changes in compulsory and assistive properties to facilitate identification.