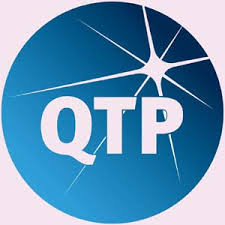 11) What is logical name of the object?

Logical name is a name given by QTP while creating an object in the repository to uniquely identify it from other objects in the application. This name would be used by the QTP to map the object name in script with its corresponding description in the object repository. Ex: Browser(“Browser”).Page(“Guru99”) Here Guru99 is the logical name of the object.

12) What is descriptive programming?

Typically ,an object and its properties must be recorded in the Object Repository to enable QTP to perform action s on it.

Using descriptive programming , you do not store the object and its property values in the Object repository but mention the property value pair directly in the script.

The idea behind descriptive programming is not bypass the object repository but help recogonize dynamic objects.

13)What are the properties you would use for identifying a browser & page when using descriptive programming ?

You can use the name property

14)Can we record an application running on a remote machine using QTP ?

Yes .you can record remote application provided you are accessing application through the local browser not via remoter like citrix.

If you are still unable to record it is advisable install QTP and application, on the same machine

15) Explain the keyword CreateObject with an example.

Creates and returns a reference to an Automation object

16) Can you switch between Per-Action and Shared Object Repository ? If yes how ?

Yes .We can switch. Go to Test—>Settings—>Resources. Here you have an option to choose repositories.

You can access object spy directly from the toolbar or from the Object Repository Dialog Box.

It is very useful during Descriptive Programming

a) If two objects are overlapped on each other than location based object recognition will fail.

b) If only index based recognition is used your script will work but script execution time will increase.

19) What is the file extension of the code file in QTP?

20) Explain in brief about the QTP Automation Object Model.