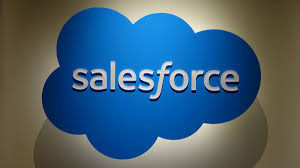 32. What is a Role and Role Hierarchy?
Role:Controls the level of visibility that users have to an organization’s data
– A user may be associated to one role
Role Hierarchy:
– Controls data visibility
– Controls record roll up – forecasting and reporting
– Users inherit the special privileges of data owned by or shared with users below them in the hierarchy
– Not necessarily the company’s organization chart
Notes:
• If using Customizable Forecasting, there is a separate forecast role hierarchy.
• EE can create Account, Contact, Opportunity and Case Sharing Rules. PE can ONLY create Account and Contact Sharing Rules.
• Assuming no sharing rules have been created, users in the same role cannot access one another’s records.
Example: Org Wide Default settings for opportunities are private. Creating a role and adding two users to that role does not allow those users access to one another’s opportunities.
• “Grant Access Using Hierarchies” allows you to disable the default sharing access granted by your role and territory hierarchies. This option can be changed for custom objects that do not have their organization-wide default sharing setting set to Controlled by Parent.

34. What is a Sharing Rule?
These are Automated rules that grant access to groups of users for levels of Access that can be granted like Read Only or Read/Write

36. Use cases for Sharing Rules in salesforce?
– Organizations with organization-wide defaults of Public Read Only or Private can create sharing rules to give specific users access to data owned by other users.
– Cases Sharing
– Account Sharing

37. Best Practices of Creating Contact Sharing Rules?
– Account Org-Wide Default must be set to at least “Public Read Only” in order to set the Contact Org-Wide Default to “Public Read/Write”.
– To share ALL contacts in the system with a group of users or a specific role, create a sharing rule that uses the “All Internal Users” (or “Entire Organization”) public group as the owned by option.
– Use “Roles and Subordinates” over “Roles” where possible to minimize the number of sharing rules.

38. What is a Public Group?
– A grouping of:
• Users
• Public Groups (nesting)
• Roles
• Roles and Subordinates
– Mixture of any of these elements
– Used in Sharing Rules – for simplification (when more than a few roles need to be shared to)
– Also used when defining access to Folders and List Views
For example, if a new user is assigned a role that belongs to an existing public group, that user will be
automatically added to the public group