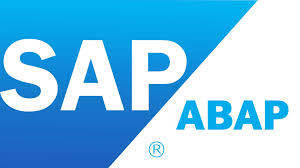 11.What is ITS?
What are the merits of ITS?- ITS is a Internet Transaction Server. ITS forms an interface between HTTP server and R/3 system, which converts screen provided data by the R/3 system into HTML documents and vice-versa. Merits of ITS: A complete web transaction can be developed and tested in R/3 system. All transaction components, including those used by the ITS outside the R/3 system at runtime, can be stored in the R/3 system. The advantage of automatic language processing in the R/3 system can be utilized to language-dependent HTML documents at runtime.
12. What are the events in ABAP/4 language?
Initialization, At selection-screen, Start-of-selection, end-of-selection, top-of-page, end-of-page, At line-selection, At user-command, At PF, Get, At New, At LAST, AT END, AT FIRST.

13. What is CTS and what do you know about it?
The Change and Transport System (CTS) is a tool that helps you to organize development projects in the ABAP Workbench and in Customizing, and then transport the changes between the SAP Systems and clients in your system landscape. This documentation provides you with an overview of how to manage changes with the CTS and essential information on setting up your system and client landscape and deciding on a transport strategy. Read and follow this documentation when planning your development project.

14. What are logical databases? What are the advantages/ dis-advantages of logical databases?
To read data from a database tables we use logical database. A logical database provides read-only access to a group of related tables to an ABAP/4 program. Advantages: i)check functions which check that user input is complete, correct,and plausible. ii)Meaningful data selection. iii)central authorization checks for database accesses. iv)good read access performance while retaining the hierarchical data view determined by the application logic. dis advantages: i)If you donot specify a logical database in the program attributes,the GET events never occur. ii)There is no ENDGET command,so the code block associated with an event ends with the next event statement (such as another GET or an END-OF-SELECTION).

15. What is a batch input session?
BATCH INPUT SESSION is an intermediate step between internal table and database table. Data along with the action is stored in session ie data for screen fields, to which screen it is passed, program name behind it, and how next screen is processed.

17. What is Smart Forms?
Smart Forms allows you to create forms using a graphical design tool with robust functionality, color, and more. Additionally, all new forms developed at SAP will be created with the new Smart Form solution.

19. What is the difference between macro and subroutine?
Macros can only be used in the program the are defined in and only after the definition are expanded at compilation / generation. Subroutines (FORM) can be called from both the program the are defined in and other programs . A MACRO is more or less an abbreviation for some lines of code that are used more than once or twice. A FORM is a local subroutine (which can be called external). A FUNCTION is (more or less) a subroutine that is called external. Since debugging a MACRO is not really possible, prevent the use of them (I’ve never used them, but seen them in action). If the subroutine is used only local (called internal) use a FORM. If the subroutine is called external (used by more than one program) use a FUNCTION.