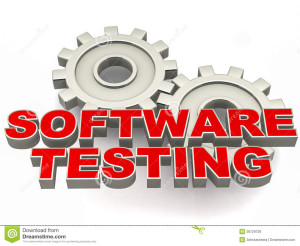 17. What are different types of verifications?
Verification is static type of s/w testing. It means code is not executed. The product is evaluated by going through the code. Types of verification are:
Walkthrough: Walkthroughs are informal, initiated by the author of the s/w product to a colleague for assistance in locating defects or suggestions for improvements. They are usually unplanned. Author explains the product; colleague comes out with observations and author notes down relevant points and takes corrective actions.
Inspection: Inspection is a thorough word-by-word checking of a software product with the intention of Locating defects, Confirming traceability of relevant requirements etc.

20. Explain Unit Testing, Integration Tests, System Testing and Acceptance Testing?
Unit testing – Testing performed on a single, stand-alone module or unit of code.
Integration Tests – Testing performed on groups of modules to ensure that data and control are passed properly between modules.
System testing – Testing a predetermined combination of tests that, when executed successfully meets requirements.
Acceptance testing – Testing to ensure that the system meets the needs of the organization and the end user or customer (i.e., validates that the right system was built).

21. What is a test log?
The IEEE Std. 829-1998 defines a test log as a chronological record of relevant details about the execution of test cases. It’s a detailed view of activity and events given in chronological manner.

25. What is the difference between latent and masked defects?
A latent defect is an existing defect that has not yet caused a failure because the sets of conditions were never met.
A masked defect is an existing defect that hasn’t yet caused a failure just because another defect has prevented that part of the code from being executed.

26. Can you explain calibration?
It includes tracing the accuracy of the devices used in the production, development and testing. Devices used must be maintained and calibrated to ensure that it is working in good order.

28. How does testing affect risk?
A risk is a condition that can result in a loss. Risk can only be controlled in different scenarios but not eliminated completely. A defect normally converts to a risk.

For instance, if a defect is identified during requirement and design we only need to change the documentation, but if identified during the maintenance phase we not only need to fix the defect, but also change our test plans, do regression testing, and change all documentation. This is why a defect should be identified/removed in earlier phases and the testing department should be involved right from the requirement phase and not after the execution phase.