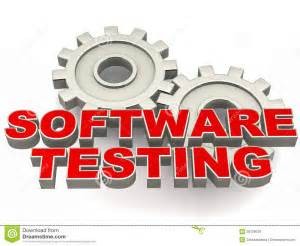 1. What is traceability matrix?

The relationship between test cases and requirements is shown with the help of a document. This document is known as traceability matrix.

2. What is Equivalence partitioning testing?

Equivalence partitioning testing is a software testing technique which divides the application input test data into each partition at least once of equivalent data from which test cases can be derived.  By this testing method it reduces the time required for software testing.

Automation is the integration of testing tools into the test environment in such a manner that the test execution, logging, and comparison of results are done with little human intervention. A testing tool is a software application which helps automate the testing process. But the testing tool is not the complete answer for automation. One of the huge mistakes done in testing automation is automating the wrong things during development. Many testers learn the hard way that everything cannot be automated. The best components to automate are repetitive tasks. So some companies first start with manual testing and then see which tests are the most repetitive ones and only those are then automated.

As a rule of thumb do not try to automate:

Unstable software: If the software is still under development and undergoing many changes automation testing will not be that effective.

Once in a blue moon test scripts: Do not automate test scripts which will be run once in a while.

White box testing technique involves selection of test cases based on an analysis of the internal structure (Code coverage, branches coverage, paths coverage, condition coverage etc.)  of a component or system. It is also known as Code-Based testing or Structural testing.  Different types of white box testing are :

Definition: The first step any organization needs to do is define one unique definition for testing within the organization so that everyone is of the same mindset.
How to achieve: How are we going to achieve our objective? Is there going to be a testing committee, will there be compulsory test plans which need to be executed, etc?.

Evaluate: After testing is implemented in a project how do we evaluate it? Are we going to derive metrics of defects per phase, per programmer, etc. Finally, it’s important to let everyone know how testing has added value to the project?.

Standards: Finally, what are the standards we want to achieve by testing? For instance, we can say that more than 20 defects per KLOC will be considered below standard and code review should be done for it.

6. What is the MAIN benefit of designing tests early in the life cycle?

It helps prevent defects from being introduced into the code.

7. What is risk-based testing?

Risk-based testing is the term used for an approach to creating a test strategy that is based on prioritizing tests by risk. The basis of the approach is a detailed risk analysis and prioritizing of risks by risk level. Tests to address each risk are then specified, starting with the highest risk first.

8. What is the KEY difference between preventative and reactive approaches to testing?

9. In white box testing what do you verify?

Verify the security holes in the code

Verify the incomplete or broken paths in the code

Verify the flow of structure according to the document specification

Verify the line by line coding and cover 100% testing

10. What is the difference between static and dynamic testing?

b) Dynamic testing:  To perform this testing the code is required to be in an executable form.