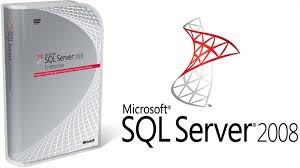 11. Which are new data types introduced in SQL SERVER 2008?
The GEOMETRY Type: The GEOMETRY data type is a system .NET common language runtime (CLR) data type in SQL Server. This type represents data in a two-dimensional Euclidean coordinate system.
The GEOGRAPHY Type: The GEOGRAPHY datatype’s functions are the same as with GEOMETRY. The difference between the two is that when you specify GEOGRAPHY, you are usually specifying points in terms of latitude and longitude.
New Date and Time Datatypes: SQL Server 2008 introduces four new datatypes related to date and time: DATE, TIME, DATETIMEOFFSET, and DATETIME2.
DATE: The new DATE type just stores the date itself. It is based on the Gregorian calendar and handles years from 1 to 9999.
TIME: The new TIME (n) type stores time with a range of 00:00:00.0000000 through 23:59:59.9999999. The precision is allowed with this type. TIME supports seconds down to 100 nanoseconds. The n in TIME (n) defines this level of fractional second precision, from 0 to 7 digits of precision.
The DATETIMEOFFSET Type: DATETIMEOFFSET (n) is the time-zone-aware version of a datetime datatype. The name will appear less odd when you consider what it really is: a date + a time + a time-zone offset. The offset is based on how far behind or ahead you are from Coordinated Universal Time (UTC) time.
The DATETIME2 Type: It is an extension of the datetime type in earlier versions of SQL Server. This new datatype has a date range covering dates from January 1 of year 1 through December 31 of year 9999. This is a definite improvement over the 1753 lower boundary of the datetime datatype. DATETIME2 not only includes the larger date range, but also has a timestamp and the same fractional precision that TIME type provides

12. What are the Advantages of using CTE?
Using CTE improves the readability and makes maintenance of complex queries easy.
The query can be divided into separate, simple, logical building blocks which can be then used to build more complex CTEs until final result set is generated.
CTE can be defined in functions, stored procedures, triggers or even views.
After a CTE is defined, it can be used as a Table or a View and can SELECT, INSERT, UPDATE or DELETE Data.

14. What are synonyms?
Synonyms give you the ability to provide alternate names for database objects. You can alias object names; for example, using the Employee table as Emp. You can also shorten names. This is especially useful when dealing with three and four part names; for example, shortening server.database.owner.object to object.

16. What is Isolation Levels?
Transactions specify an isolation level that defines the degree to which one transaction must be isolated from resource or data modifications made by other transactions. Isolation levels are described in terms of which concurrency side-effects, such as dirty reads or phantom reads, are allowed.
Transaction isolation levels control:
Whether locks are taken when data is read, and what type of locks are requested.
How long the read locks are held.
Whether a read operation referencing rows modified by another transaction:
Blocks until the exclusive lock on the row is freed.
Retrieves the committed version of the row that existed at the time the statement or transaction started.Reads the uncommitted data modification.

18. How would you handle error in SQL SERVER 2008?
SQL Server now supports the use of TRY…CATCH con handling. TRY…CATCH lets us build error handling at the level we need, in the way w to, by setting a region where if any error occurs, it will break out of the region and head to an error handler.

19. What is RAISEERROR?
RaiseError generates an error message and initiates error processing for the session. RAISERROR can either reference a user-defined message stored in the sys.messages catalog view or build a message dynamically. The message is returned as a server error message to the calling application or to an associated CATCH block of a TRY | CATCH construct.