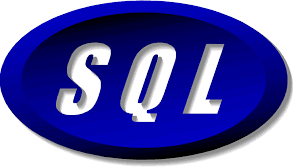 10. What is Index?
An index is a physical structure containing pointers to the data. Indices are created in an existing table to locate rows more quickly and efficiently. It is possible to create an index on one or more columns of a table, and each index is given a name. The users cannot see the indexes; they are just used to speed up queries. Effective indexes are one of the best ways to improve performance in a database application. A table scan happens when there is no index available to help a query. In a table scan SQL Server examines every row in the table to satisfy the query results. Table scans are sometimes unavoidable, but on large tables, scans have a terrific impact on performance.
11. What is a Linked Server?
Linked Servers is a concept in SQL Server by which we can add other SQL Server to a Group and query both the SQL Server dbs using T-SQL Statements. With a linked server, you can create very clean, easy to follow, SQL statements that allow remote data to be retrieved, joined and combined with local data. Stored Procedure sp_addlinkedserver, sp_addlinkedsrvlogin will be used add new Linked Server.

12. What is Cursor?
Cursor is a database object used by applications to manipulate data in a set on a row-by- row basis, instead of the typical SQL commands that operate on all the rows in the set at one time.
In order to work with a cursor we need to perform some steps in the following order:
Declare cursor
Open cursor
Fetch row from the cursor
Process fetched row
Close cursor
Deallocate cursor

14. What is Difference between Function and Stored Procedure?
UDF can be used in the SQL statements anywhere in the WHERE/HAVING/SELECT section where as Stored procedures cannot be. UDFs that return tables can be treated as another rowset. This can be used in JOINs with other tables. Inline UDF’s can be thought of as views that take parameters and can be used in JOINs and other Rowset operations.

15. What is sub-query? Explain properties of sub-query?

16. What are different Types of Join?
Cross Join A cross join that does not have a WHERE clause produces the Cartesian product of the tables involved in the join. The size of a Cartesian product result set is the number of rows in the first table multiplied by the number of rows in the second table. The common example is when company wants to combine each product with a pricing table to analyze each product at each price.
Inner Join A join that displays only the rows that have a match in both joined tables is known as inner Join. This is the default type of join in the Query and View Designer.
Outer Join A join that includes rows even if they do not have related rows in the joined table is an Outer Join. You can create three different outer join to specify the unmatched rows to be included:Self Join This is a particular case when one table joins to itself, with one or two aliases to avoid confusion. A self join can be of any type, as long as the joined tables are the same. A self join is rather unique in that it involves a relationship with only one table. The common example is when company has a hierarchal reporting structure whereby one member of staff reports to another. Self Join can be Outer Join or Inner Join.
Left Outer Join: In Left Outer Join all rows in the first-named table i.e. “left” table, which appears leftmost in the JOIN clause are included. Unmatched rows in the right table do not appear.
Right Outer Join: In Right Outer Join all rows in the second-named table i.e. “right” table, which appears rightmost in the JOIN clause are included. Unmatched rows in the left table are not included.
Full Outer Join: In Full Outer Join all rows in all joined tables are included, whether they are matched or not.

19. What is Identity?
Identity (or AutoNumber) is a column that automatically generates numeric values. A start and increment value can be set, but most DBA leave these at 1. A GUID column also generates numbers; the value of this cannot be controlled. Identity/GUID columns do not need to be indexed.