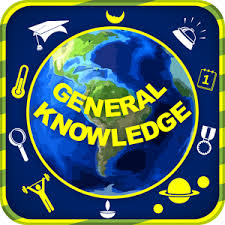 Isro to Launch 6 Singapore Satellites in December
1.The 500kg dedicated satellite (TeLOS-1) will be a commercial launch for Singapore Technologies Electronics Ltd while five other smaller satellites are from Singapore universities,” Indian space agency’s commercial arm Antrix Corporation Chairman and Managing Director V.S. Hegde told IANS in Bengaluru.
2.The polar satellite launch vehicle (PSLV), the most reliable workhorse and trusted rocket of the Indian Space Research and Organisation (Isro), will deploy the satellites into a near equatorial orbit, inclined 15 degrees lower to the south of equator.

Nepal elects first woman speaker of Parliament
1.Nepalese lawmakers on Friday unanimously elected a former guerrilla fighter as the country’s first woman speaker of Parliament following the formation of a new government. Parliament unanimously elected UCPN-Maoist lawmaker Onsari Gharti Magar, 37, as the Speaker of the House.
2.Gharti was elected unanimously to the post after Nepal Workers and Peasants Party withdrew the candidacy of its lawmaker Anuradha Thapa Magar. With the victory, Gharti became the first woman to lead the legislative body in Nepal’s parliamentary history. Earlier she had served as Deputy Speaker in Parliament.

RIL Spends Rs 93,000 Crore on Jio, to Start Handset Sales by Diwali
1.Reliance Industries on Friday said it has already pumped in close to Rs 93,000 crore into its telecom venture under the ‘Reliance Jio’ brand and will start selling its 4G handsets under the LYF brand from Diwali.
2.We’ve substantially completed our network expansion now having already completed 2.5 lakh route kilometers. We are on course to begin distribution of the handsets under the LYF brand name from Diwali.
3.he company has spent out of its Rs 1 trillion capital into the telecom venture, Reliance Group deputy CFO V Srikanth said it has almost completed the capex by spending close to Rs 93,000 crore.

DCW chief Swati Maliwal made 9 recommendations in 2 months
1.The Delhi Commission for Women (DCW) has made nine recommendations to the state and central government since Swati Maliwal took over as the Chairperson three months ago, whereas the number stood at just one during the eight-year tenure of Barkha Shukla Singh.
2.Maliwal took over as the chief on July 17, the DCW has made recommendations to Delhi State Aids Control Society (DSACS) and Union Health .
3.Ministry over scarcity of condoms in GB road and finding alternative procurement to plug gap of supply of condomsBesides, recommendations were made for implementation of the Delhi Victim Compensation, regarding notification of Local Complaints Committee in Delhi under Sexual Harassment of Women at Work Place Act, 2013 and to improve the conditions of Nari Niketan and Short Stay Homes among others.

Jayalalithaa Hands Over Appointment Orders to Candidates
1.Tamil Nadu Chief Minister J Jayalalithaa today formally handed over offer letters from various companies to candidates who emerged victorious during a job camp conducted in Dr Radhakrishnan Nagar constituency.
2.The state government has been conducting such camps in various districts for candidates who have a minimum qualification of class eight to engineering graduates.
3.A similar job mela was held today at Dr Radhakrishnan Nagar constituency, from where Jayalalithaa tasted success in the bypoll held in June.
4.As a symbolic gesture the Chief Minister formally handed over the appointment orders to five of the successful candidates at a function at Kotagiri, an official release said.
5.Jayalalithaa recorded an impressive victory in the Radhakrishnan Nagar by-poll with a margin of 1.50 lakh votes, defeating CPI candidate C Mahendran.

Tata Steel to Cut 1,200 Jobs in Britain
1.Tata Steel, the biggest steelmaker in Britain, is expected to cut around 1,200 jobs at its Scunthorpe plant, a union source said on Friday as the government convened a crisis summit on the sector.
2.Tata Steel’s loss-making long products unit, which the company is trying to sell. The unit employs about 6,500 people.
3.The liquidation of the UK’s second largest steelmaker, SSI UK, was announced this month, with the loss of over 2,000 jobs and thousands more indirectly related to steelmaking.

NBCC Bags Rs 126.33 crore project in Telangana
1.State-run NBCC has bagged a Rs 126.33-crore project in Telangana for carrying out civil works at different colleges of Acharya NG Ranga Agricultural University (ANGRAU) in the state.
2.The company had secured a total business of Rs 276.96 crore from various clients last month.
3.Earlier this year, National Buildings Construction Corporation Ltd (NBCC) signed an agreement with the Delhi Development Authority (DDA) to develop a 30-hectare mega project that will also house the tallest tower in the capital.
4.This would be the first project based on ‘Transit Oriented Development’ (TOD) norms with ‘Smart City’ features.

Equitas Files IPO Papers to Raise Rs 1,200 Cr
1.Microfinance institution Equitas Holdings on Friday filed draft papers with the Securities and Exchange Board of India (Sebi) to raise an estimated Rs 1,200 crore through initial public offering (IPO).
2.This will be the second microfinance company to tap the primary markets after SKS Microfinance’s maiden public offering in 2010 that raised Rs 1,654 crore.
3.The Chennai-based company is planning to garner Rs 300 crore by selling shares to institutional investors ahead of IPO, as per the Draft Red Herring Prospectus.