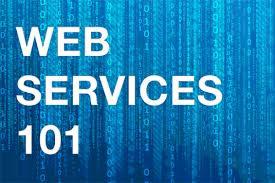 41.What is UDDI?
UDDI is an XML-based standard for describing, publishing, and finding web services.

UDDI is a specification for a distributed registry of web services.

UDDI can communicate via SOAP, CORBA, and Java RMI Protocol.

UDDI is seen with SOAP and WSDL as one of the three foundation standards of web services.

UDDI is an open industry initiative enabling businesses to discover each other and define how they interact over the Internet.

45.Which language UDDI uses?
WSDL is the language that UDDI uses.

47.If a client sends an XML request to a server, can we ensure that the communication remains confidential?
Yes! As XML-RPC and SOAP run primarily on top of HTTP and HTTP has support for Secure Socketes Layer (SSL). Communication can be encrypted via SSL.

48.If a client connects to a web service, how do we identify the user? Is the user authorized to use the service?
The following options can be considered but there is no clear consensus on a strong authentication scheme.

HTTP includes built-in support for Basic and Digest authentication, and services can therefore be protected in much the same manner as HTML documents are currently protected.

SOAP Digital Signature (SOAP-DSIG) leverages public key cryptography to digitally sign SOAP messages. It enables the client or server to validate the identity of the other party.

The Organization for the Advancement of Structured Information Standards (OASIS) is working on the Security Assertion Markup Language (SAML).

50.How to handle Network security threats in Web services?
There are two possible solutions −

Another alternative is to filter the SOAPAction HTTP header attribute.