XML Interview Questions and Answers for Freshers and Experience Part-1 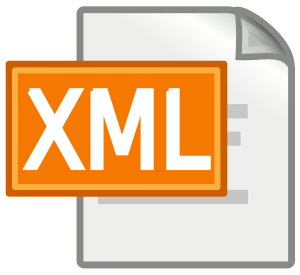 1. What is Extensible Markup Language (XML).
XML is a simple and flexible markup language in the text format. Nowadays, it is widely used to exchange a large variety of data over the Internet. XML consists of data as text in well-defined customized layouts by using self-defining tags. These user-defined tags are user friendly because they contain the name given by the user and make the information easily understandable to a user. These user-friendly features made XML to be widely used as a standard data-interchange format. The World Wide Web Consortium (W3C) frequently develops new standard for XML usage by different software vendors and solution providers. XML plays a very significant role with respect to .NET Framework 4.0. .NET Framework 4.0 provides us with a namespace called System.Xml, which includes classes that are used to work with XML.

2. What is the version information in XML?
“Version” tag shows which version of XML is used.

3. If XML does not have closing tag will it work?
No, every tag in XML, which is opened, should have a closing tag.

5. Explain the difference between XML and HTML.
XML describes data while HTML describes how the data should be displayed. Therefore, HTML is about displaying information while XML is about describing information.
XML supports user-defined tags while HTML provides pre-defined tags.
XML is a case-sensitive language while HTML language is not case-sensitive.
In XML, all tags must be closed; while in HTML, it is not necessary to close each tag.

6. What is XML DOM?
The DOM stands for Document Object Model, which describes the logical formation of documents and provides the way to access and manipulate a document. It supplies an Application Programming Interface (API) to XML documents. It is built around the object-oriented design; therefore, it is known as DOM. The DOM model considers an XML document as a composition of objects and every object consists of properties and behaviors that can be manipulated by the DOM methods. The DOM allows creating and building XML documents, navigating the structure of documents, and managing the elements and their data. You can use the DOM methods and objects with any language, such as C#, VB, JavaScript, and VBScript.