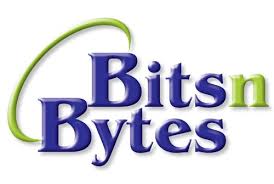 5. What is meant by high-order and low-order bytes?

Let’s call the most significant byte M and the least significant byte L. There are two possible ways to store these bytes in memory. You could store M first, followed by L, or L first, followed by M. Storing byte M first in memory is called “forward” or “big-endian” byte ordering. The term big endian comes from the fact that the “big end” of the number comes first, and it is also a reference to the book Gulliver’s Travels, in which the term refers to people who eat their boiled eggs with the big end on top.

A 32-bit number takes four bytes of storage. Let’s call them Mm, Ml, Lm, and Ll in decreasing order of significance. There are 4! (4 factorial, or 24) different ways in which these bytes can be ordered. Over the years, computer designers have used just about all 24 ways. The most popular two ways in use today, however, are (Mm, Ml, Lm, Ll), which is big-endian, and (Ll, Lm, Ml, Mm), which is little-endian. As with 16-bit numbers, most machines store 32-bit numbers in a big-endian format, but Intel machines store 32-bit numbers in a little-endian format.