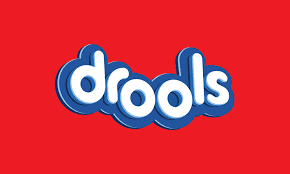 21.How to halt process in DRL file?
User has to resort to drools.halt() in the consequence (then) part of the application.

23.How to fetch and play around with the rules in java code?
Rules does not exist as the Java codes. However it is possible using Guvnor REST API for downloading the DRL source code for the rules and thereafter uploads them all over again.

24.Is it possible using round trips between rules modified in Guvnor, loade in the UI, modified and uploaded to Guvnor?
There is no such way of ensuring this. Especially newcomers should not try this to avoid complications.

25.Is it possible working with completely custom UI instead of using Guvnor Rule?
Rules can be stored in the custom domain model in a database generating the DRL from that model. This can render Guvnor redundant in the custom environment.

26.If there are still rules that need to be managed in Guvnor what steps user should take?
If the user still has rules that are required to manage in Guvnor then he or she should generate the DRL and upload it into Guvnor using REST API.

29.What is the use of global variable?
Global variable can be used for any type of object and there won’t be any mismatch.