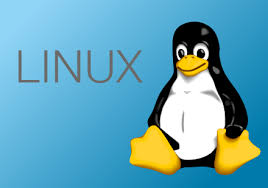 11.What command can you use to make a tape archive file of a /home directory and send it to the /dev/tape device?
The correct command is tar -cvf /dev/tape /home.
The -xvf option is used to extract files from an archive.

13.Why should you avoid Telnet to administer a Linux system remotely?
Telnet uses most insecure method for communication. It sends data across the network in plain text format and anybody can easily find out the password using the network tool. In the case of Telnet, these include the passing of login credentials in plain text, which means anyone running a sniffer on your network can find the information he needs to take control of a device in a few seconds by eavesdropping on a Telnet login session.

14.What is Puppet Server?
Puppet is an open-source & enterprise software for configuration management toll in UNIX like operating system. Puppet is an IT automation software that is used to push configuration to its clients (puppet agents) using code. Puppet code can do multiple tasks from installing new software to checking file permissions to updating user accounts.

15.What is the difference between Cron and Anacron?
a) Minimum granularity with Cron is minute while it is in days with Anacron.
b) Cron job can be scheduled by any normal user while Anacron can be scheduled only by the super user (the superuser is a special user account used for system administration. Depending on the operating system (OS), the actual name of this account might be root,administrator, admin or supervisor)
c) Cron expects the system to be up and running while the Anacron doesn’t expect the system to be up and running all the time. In case of Anacron, if a job is scheduled and the system is down that time, it will execute the job as soon as the system is up and running.
d) Cron is ideal for servers while Anacron is ideal for desktops and laptops.
e) Cron should be used when you want a job to be executed at a particular hour and minute while Anacron should be used in when the job can be executed irrespective of the hour and minute.

16.What command is used to check the number of files, disk space and each user’s defined quota?
repquota command is used to check the status of the user’s quota along with the disk space and number of files used.
This command gives a summary of the user’s quota that how much space and files are left for the user. Each user has a defined quota in Linux. This is done mainly for the security as some users have only limited access to files. This provides a security to the files from unwanted access. The quota can be given to a single user or to a group of users.

17.What is the name and path of the main system log?
By default, the main system log is ‘/var/log/messages’. This file contains all the messages and the script written by the user. By default, all scripts are saved in this file. This is the standard system log file, which contains messages from all system software, non-kernel boot issues, and messages that go to ‘dmesg’. dmesg is a system file that is written upon system boot.

18.Can Linux computer be made a router so that several machines may share a single Internet connection? How?
Yes, a Linux machine can be made a router. This is called “IP Masquerade.” IP Masquerade is a networking function in Linux similar to the one-to-many (1: Many) NAT (Network Address Translation) servers found in many commercial firewalls and network routers. The IP Masquerade feature allows other “internal” computers connected to this Linux box (via PPP, Ethernet, etc.) to also reach the Internet as well. Linux IP Masquerading allows this functionality even if the internal computers do not have IP addresses.
The IP masquerading can be done by the following steps:
• The Linux PC must have an internet connection and a connection to LAN. Typically, the Linux PC has two network interfaces-an Ethernet card for the LAN and a dial-up PPP connection to the Internet (through an ISP).
• All other systems on your LAN use the Linux PC as the default gateway for TCP/IP networking. Use the same ISP-provided DNS addresses on all systems.
• Enable IP forwarding in the kernel. By default the IP forwarding is not enabled. To ensure that IP forwarding is enabled when you reboot your system, place this command in the /etc/rc.d/rc.local file.
• Run /sbin/iptables-the IP packet filter administration program-to set up the rules that enable the Linux PC to masquerade for your LAN.

19.How to change window manager by editing your home directory?
“/.xinitrc file” allows changing the window manager we want to use when logging into X from that account. The dot in the file name shows you that the file is a hidden file and doesn’t show when you do a normal directory listing. For setting a window manager we have to save a command in this file. The syntax of command is: exec windowmanager. After this, save the file. Next time when you run a startx a new window manager will open and become default.
The commands for starting some popular window managers and desktop environments are:
-KDE = startkde
-Gnome = gnome-session
-Blackbox = blackbox
-FVWM = fvwm
-Window Maker = wmaker
-IceWM = icewm