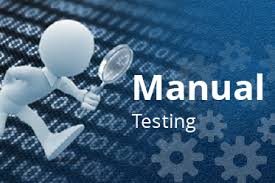 21. What is the difference between QA and testing?

22. What is the difference between Quality Control and Quality Assurance?

Quality control (QC) and quality assurance (QA) are closely linked but are very different concepts. While QC evaluates a developed product, the purpose of QA is to ensure that the development process is at a level that makes certain that the system or application will meet the requirements.

23. What is the difference between regression testing and retesting?

Regression testing is performing tests to ensure that modifications to a module or system do not have a negative effect on previous releases. Retesting is merely running the same testing again. Regression testing is widely asked manual testing interview questions and hence further research to understand this topic is needed.

24. Explain the difference between bug severity and bug priority.

25. What is the difference between system testing and integration testing?

For system testing, the entire system as a whole is checked, whereas for integration testing, the interaction between the individual modules are tested.

A bug is an error found while running a program. Bug fall into two categories: logical and syntax.

27. Explain the difference between functional and structural testing.

Defect density is the total number of defects per lines of code.

29. When is a test considered to be successful?

The purpose of testing is to ensure that the application operates according to the requirements and to discover as many errors and bugs as possible. This means that tests that cover more functionality and expose more errors are considered to be the most successful.

30. What good bug tracking systems have you used?

This is a simple interview question about your experience with bug tracking. Provide the system/systems that you are most familiar with if any at all. It would also be good to provide a comparison of the pros and cons of several if you have experience. Bug tracking is the essence of testing process and is a must asked manual testing interview questions in any interview. Do not forget this.